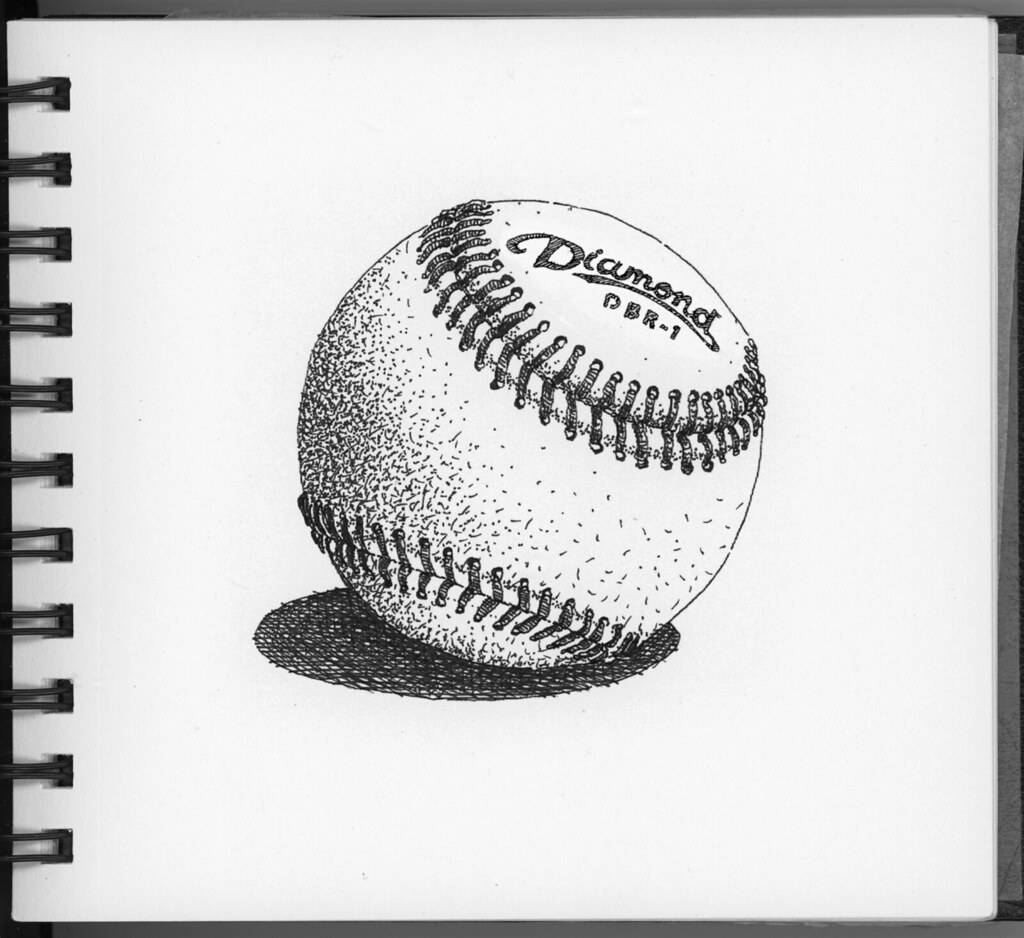 “Baseball” by swaim sketching is licensed under CC BY-ND 2.0

With the world ever changing with the new developments in technology, baseball is no different. From recent stories of scandals in sign stealing using cameras and processing systems to decipher signs to a more positive light in changing the way players train in the offseason and take care of their bodies. Technology is allowing players of all levels to maximize their ability by making more information available to be used and introduced in separate ways. This has allowed athletes to advance to skill, speed, and performance levels they did not believe were achievable for themselves. Technology advancements now being used by baseball players are HitTrax, Rapsoto/Trackman, and Win Reality; each of these have their own distinct way of getting quality data and information to athletes to implement into their workouts to better train themselves to perform better.

The first technological advancement baseball players are using most often is HitTrax. HitTrax is a technology that allows batters in a cage to see where the ball would go if it were on the field. That is a huge advantage to anyone who can swing consistently with it, but it does so much more. It can track exit velocity, launch angle, pitch speed, whether it would be a hit, distance traveled, hard hit percentage and much more. It collects a multitude of metrics and allows hitters to hit any stadium of their choosing. To those who do not play this may seem like a cool invention, but not a game-changing tool. To understand how important this invention is one must know how it works.

HitTrax uses cameras and see-through lasers to “see” the ball and how it is moving. These can pick up the speed, spin rate, and angle of how it is coming off the bat. It is then compiled together and sent through their software to generate the data points listed above. It is customizable to the field at which they are “hitting” to allow them to see how well they are hitting the ball. It displays the ball flight and curvature through a ball trail on a display along with if fielders of their age level would be able to get them out on each swing.

This is such a useful tool as it develops the sense of feel in the hitter. They can feel how they must hit the ball to split the gaps between fielders and where those fielders are at. It exemplifies the weaknesses in hitters which allows trainers/ instructors to develop a better plan to help their hitters get better. In an article by Matt Housman, he states, “Instructors receive quantitative data that identifies strengths and weaknesses immediately following completion of the session and should be used to reinforce instruction” (7). Hitters keep coming back as they are getting better while instructors are more fulfilled as they can see change in their work. HitTrax can also track the progress from one session to the next as it gives a baseline to build from and compare to (Housman 11). Overall, HitTrax is an incredible tool used to develop hitters further while being stuck inside during the winter months. Hitting in a cage will forever be changed as HitTrax continues to grow and be implemented in batting cages across the world. It has taken the baseball world by storm and its influence and reach will only continue to grow as it develops further and becomes more readily available.

The next technology is one that is instrumental towards pitchers. Rapsodo and Trackman are both great tools pitchers of all ages are using to get a step ahead of the competition. These computer software programs allow pitchers to see not only the location of the pitch they throw as pertained to the strike zone, but most astonishingly the vertical and horizontal movement, speed, spin rate, release height/angle, and much more. These capabilities allow pitchers to see how well they are throwing each pitch and how each one works with the other. This will in turn give them a better understanding of how to get batters out and continue to get better.

Just like the first technology, the science behind how it works is incredible. Both Rapsodo and Trackman offer special baseballs that are the same as a normal baseball except it has assorted color seams and a microchip in it to allow for accurate tracking of data points. The baseball is connected through Bluetooth to a computer source where the metrics collected by the chip is sent to. There are laser sensors, just like HitTrax, to track the ball but these lasers are specialized to track the spin as well. With the help of the multi-colored laces, the lasers can pick up each of the rotations of the ball as it is in flight from the pitcher to the catcher (Boddy 5). In a well-respected training facility for pitchers their review of Rapsodo is as stated, “It is one thing to have a piece of equipment that functions as advertised – and make no mistake, Rapsodo’s unit delivers here – but it is another thing entirely to have front-line customer service, technical support, and a tight feedback loop with experts in the industry to create an outstanding experience. Rapsodo manages to do both, which is a rare feat indeed in the baseball industry” (Boddy 13). They were impressed with the accuracy and ability to do such complex functions at a speed never experienced before. Its unique ability to gather quality and accurate data to be used has made it one of the gold standards in the industry. Pitchers all around the world are leveling up their skills and pitches through the data metrics available through the computer processing systems of Rapsodo and Trackman.

The last and most impressive technology in America’s favorite pastime is Win Reality. With virtual reality becoming increasingly advanced, naturally those in the baseball industry wanted to make this happen for people to get as main game speed reps without being at the game. Win Reality is a virtual reality system where computer generated pitchers are throwing to batter and they can see well enough to be able to decipher between the speed of the pitches, location, and pitch type based on spin. They are currently working on a mode where the hitters can attach a sensor to their bat and be able to take swings at pitches in virtual reality and see where they go. A baseball training site went on to say, “Through this VR training application, players can step into a virtual environment, choose one of the eight different practice modes, select one of the hundreds of available pitchers, and step out onto WIN Field to simulate game-speed at-bats. While some may look at virtual reality in general with a healthy amount of skepticism, for those who have had a look into what WIN Reality provides, and the level of access it gives hitters, the reactions are overwhelmingly positive” (D1 Baseball Staff 11). One of, if not the greatest challenge for hitters is getting game speed reps with mixed pitch types. Win Reality covers all the bases as it expands the horizon of possibility for baseball players’ preparation. Instead of getting four at bats a day, they could have 100 at bats before they even show up to the park to play. The article by D1 Baseball Staff goes on to say, “The available pitchers are all real, and pulled directly from game situations at every level” (12). Realistic speeds and repetition have been made possible in the virtual reality of Win Reality. The level of preparedness in players who are implementing Win Reality and all its developing features are separating themselves from the rest of the pack before the first pitch.

In conclusion, baseball is a growing game with all sides taking strides in the technological realm. Hitting in a cage has been revolutionized through the capabilities of HitTrax, pitching has been upgraded through the computer programs of Rapsodo and Trackman and getting game speed reps without being in a game has been made possible through Win Reality. Baseball is changing for the better and those who are willing and able to implement these innovative technologies into their preparation will outpace the competition. The future of baseball is at hand and being driven by these modern technologies to heights never seen. The possibilities are endless and will push the boundary of human capabilities even further.