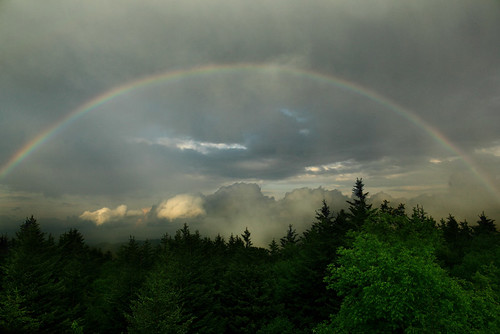 Brian was a detective with the New York Police Department. He started working in law enforcement because it was something he always wanted to do. He was fascinated by the crime television shows he would watch. His favorite detective was Sherlock Holmes. He wanted to be exactly like him. Sherlock Holmes could solve a crime by just observing the suspects and evidence. He didn’t need any technology, only his brain. He could read everyone in a room and find out unbelievable things about them. Brian wanted to do his work exactly like Sherlock Holmes. He was convinced that he didn’t need any technology to solve crimes. His captain could never talk him into using technology so he would always give him the easy tasks. He would have him do the questioning, go back to the scene to collect any other evidence he could find, and he would help arrest the suspect. He wasn’t really given any huge cases because his methods would take too long, especially in a big city. His captain didn’t mind his strategies because he was still one of the best detectives. He always got done what he needed to. The other detectives in his unit didn’t like him very much because he wasn’t open-minded to trying new things. They never liked having to work with him on certain parts of the job since he always wanted to do things old school. They didn’t mind doing interrogations and arrests with him because even they had their own methods of doing those things.

It was a quiet day for Brian. He already finished everything the captain had assigned him. He was just catching up on some paperwork he had gotten behind on. The day was going by extremely slow. All Brian wanted was an actual case to work on. He was tired of always doing the easy tasks, he knew he could do more than what the captain was allowing. He wanted to show everyone he could still get a case done despite his choice of methods. A few hours had gone by and he finished all his paperwork. He decided to go out to get some food for his lunch break. When Brian came back from getting food he sat back down at his desk and continued to look for other tasks. What happened next changed Brian’s whole day.

One of the other detectives had an emergency while working on a murder case that caused him to step down from the case. The captain was forced to give the case over to Brian since everyone else already had cases. The captain wasn’t very happy about this, but he had no choice. The case was a murder of a teenage male who lived in Manhattan. It was a gruesome murder. Zach Clark was found in an alley behind a gas station. The previous detective had found some evidence. The time of the murder was around 5 P.M. He found blood from the victim and the murderer and  he also found the murder weapon. The murder weapon was a metal baseball bat. They had a few witnesses and suspects already. They were just waiting on running the blood samples to see if the murderer was in the system. They were just getting ready to do that when the other detective had to suddenly leave.

Brian’s captain pulled Brian into his office and informed him of what was going on. He said they only had one week left to solve the case before it would go cold. Brian was extremely happy about this. He had been waiting to get a case like this for months. He thought it would finally be his time to shine and show them all he could do it. His captain told him that he recommended using a DNA database to be able to find and track the murderer faster. Of course Brian refused and he told the captain he wasn’t doing the case unless he could do it his way. His captain had no choice but to agree. He gave Brian a partner to help him work faster.

His partner Carisi was informed of the situation and brought up to speed. They went back to the crime scene to get a better understanding of it. They searched for any more evidence they could find. They saw a camera mounted on the wall of the gas station. They went in and spoke to the owner. The owner worked with them and gave them all the footage on the camera. Since they knew around the time he died they went through the footage to get a timeline of all the people in and out around 5 P.M. They talked to the witnesses and suspects again to hear the information they had. The next day they started to test the blood samples they had found. Brian insisted on using the old school methods and doing it by hand. Carisi knew how he was so he didn’t argue and just got right to work. They were already 24 hours into the deadline. They needed this to work.

Brian knew that he first had to find out what blood type the murderer was. Him and Carsis did a blood typing test. They found out that he had type O positive blood. This wasn’t much help considering type O blood is one of the most common blood types. This would make their search take a lot longer. They went to the lab that had blood samples of previous convicted people. They tried to match the blood sample they had to multiple blood samples in the lab. Nothing was matching up which made it extremely discouraging for Brian.

Unfortunately they spent 3 days trying to use all the old school methods they knew. Manhattan is too big of a city to get through all of the samples they had. Carisi knew if they didn’t find out who the sample belonged to they’d both be in trouble. Carisi spent 2 hours trying to convince Brian to use a DNA database. Brian had finally given in because they only had 3 days left to get a match, find the suspect, and arrest him. Carisi told him that they were going to spend the next day learning about NDIS.

When Brian got to work the next morning Carisi was already there with a Powerpoint set up. He even had some practice kits to test Brian to make sure he knew what he was doing. In the Powerpoint he explained the requirements for the states participation in the NDIS. He learned about how the profiles of the samples are obtained. He also learned about the types of matches he could find like: partial matches and familial matches. After spending hours learning about the National DNA Index System it was time to test Brian’s knowledge. Carisi gave him a series of questions and hands-on work. Brian had no trouble with the questions but he ran into some problems with the hands-on work. He wasn’t quite sure how to navigate through the database to find the matches he needed. Once Carisi walked him through on how to navigate the database Brian did extremely well in finding the matches.

Brian was preparing to run the DNA of the murderer when his captain had walked in. His captain told him that if he doesn’t solve this case he has no choice but to demote him. Brian was crushed. He loved being a detective and had no interest in being demoted. Working on this case with Carisi showed him how much more complex the world is now then back in the day. He had all the resources he needed right in front of him but he never could get past his pride to use them. He realized that if he wanted to continue to be a detective he had to learn how to be more open-minded about things. He learned that he needed to listen to his other colleagues and his captain when they gave him suggestions on how to work through tough problems. He knows now that he can’t be just like Sherlock Holmes and he’s okay with that. He just wants to be the best detective he can be.

The case isn’t over yet. Brian was all worked up and nervous about how this will turn out. Brian and Carisi input the DNA into the database. They had waited a little while and all of a sudden they got a match. This made both of them extremely happy. The murderer was an employee of the gas station, Derrick Wild. The next day they go back to that gas station and they arrest him. They bring him in for questioning. Once he’s in the interrogation room he confessed to the murder. Derrick claimed that Zach had stolen a couple bags of chips from his gas station and he went out to confront him. He said the situation got out of hand and he lost his temper and ended up killing him. Derrick told Brian and Carisi that he didn’t mean to kill him. But, he was terrified of going to jail so he tried to hide his body. He said that Zach fought back and ended up hitting him in the nose. That’s how they got his DNA. They arraigned Derrick that day on muder in the first degree. He was soon found guilty and sentenced to life in prison.

After the case had been closed, Brian and Carisi walked into the station they were getting congratulated on having such a solid case and winning. Brian couldn’t help but thank Carisi multiple times for helping him and not giving up on him. Brian’s captain walked out and ordered for Brian to go to his office. He also congratulated him on doing such a good job. He said that he saw so much improvement in him over the past week that he was impressed. His captain told him that he could keep his job and that wasn’t all. His captain promoted him to Sergeant because he never saw someone care so much about something that they were willing to change all their views for it. From that day on Brian always took suggestions and learned about all the databases and other resources he had. He never took his job for granted again.

I used this website to learn more about blood typing and how it was connected to forensic science. This was a very useful website because it told me how blood typing worked back in the day which was exactly what I needed. I incorporated some of the details I read about into my story.

“CODIS and Ndis Fact Sheet.” FBI, FBI, 8 June 2016, https://www.fbi.gov/services/laboratory/biometric-analysis/codis/codis-and-ndis-fact-sheet.  I used this to help me understand what CODIS and NDIS were used for. At first I was going to use CODIS in my story but when I read more about it I realized that NDIS was a better choice. NDIS is part of CODIS but it’s used for the national level.

I used this website to help me learn the steps that need to be done while doing an investigation on a murder. I wanted to make sure I had all the steps I needed and that I had them in my story. This helped me make sure I had witnesses, suspects, evidence etc.

Since I used Sherlock Holmes in my story I wanted to learn some background information on him. I didn’t want to add something about him that wasn’t true so I researched him. After I read about him I was able to incorporate him better into the story.