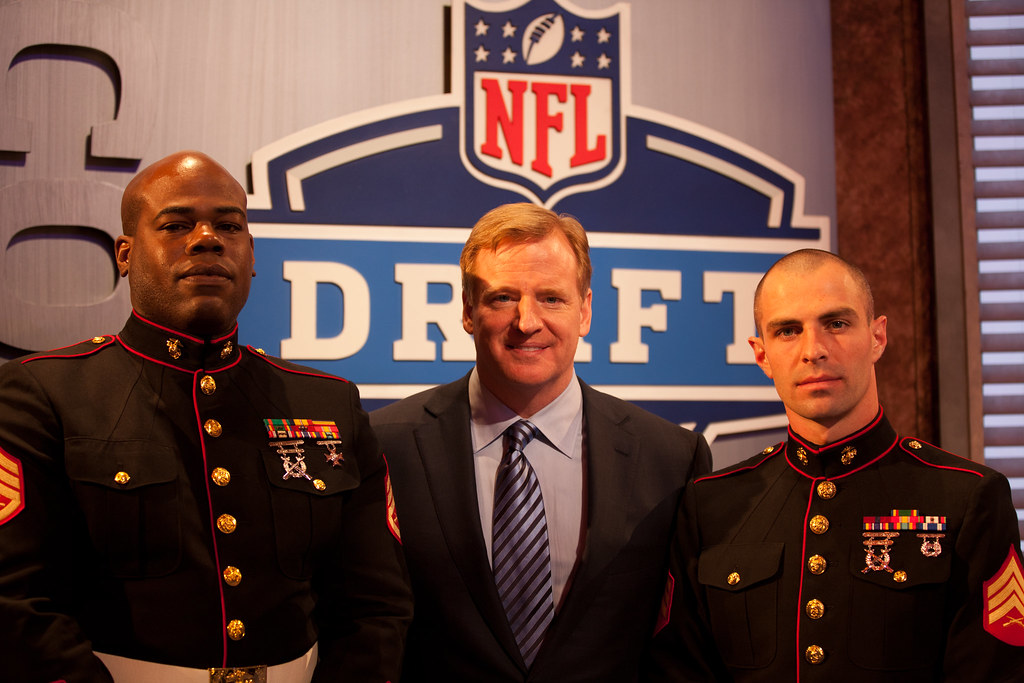 It’s currently week nine in the National Football League, marking the halfway point of one of the greatest potential seasons in NFL history. After coming off of yet another victory, the Kansas City Chiefs, led by head coach Andy Reid, are exceeding all expectations as they sit with a perfect undefeated record. With insider interviews occurring this weekend, NFL insider Ian Rappoport sat down with Kansas City’s head coach and asked how this magical season has sparked.

“So, Andy, what are you doing differently to start off with this season that you haven’t already in your coaching career?”

“Well, Ian, to be honest with you, I’m not really doing anything.”

“No, I’m literally not doing anything. I’ve ditched my playbook and have been delivering the play calls to our quarterback that artificial intelligence decides upon. The NFL’s ‘Next Gen Stats’ program tracks the game live and informs me of the safest high probability plays to best benefit both our offense and defense.”

“That is insane, do you plan on following that approach for the rest of the season?”

“Ian, are you kidding me? These play calls are the greatest things since sliced bread. I’m using this for the rest of my life. If you gave me the second-best player at each of their respective positions with AI coaching them, they’d take down even the greatest team that’s ever been assembled with human coaching, and it wouldn’t even be close.”

Meanwhile in New England, Bill Belichick, the greatest coach of all time, heard this interview as he watched Good Morning Football. As the only head coach to ever have won five super bowls, he couldn’t believe the blasphemy. With a lingering feeling that the old school way is still the only way to be successful in this league, he decided to give Andy Reid a call.

“Hey Andy, you sure sound pretty confident about that new artificial intelligence form of coaching”

“Yeah Bill, maybe if you weren’t too old, you’d be able to figure out how technology works and use it yourself too!”

“Oh yeah? How about you put your money where your mouth is and we settle this once and for all? I’ll accept your challenge and pick the best player at each position, then you can take whoever the heck you want out of who’s remaining and we’ll play.”

“You’ve got yourself a deal old man.”

That night, the news spread like wildfire throughout the league, and players couldn’t stop checking their phones to see if they got an invite for the game. It wasn’t until the next morning that Bill sent out an email to players he considered to be the best in the league at their position. As everyone happily accepted the invitation, Bill informed Andy of the players that were off the table, and told him to start assembling his team.

“Assemble my team?” Andy said, “If you think I’m going to be the one that picks this team you couldn’t have been more wrong.” So, with a click of a button, Andy had AWS collect information on each remaining player, and allowed them to assemble his team. While it may have seemed complex, a learning tool called the Amazon SageMaker was easily able to create machine learning models capable of interpreting how different compilations of teams would best interact and play with one another. With both lineups set, the NFL realized how historic of a matchup this game would prove to be, and decided to cancel the remainder of its season, along with the super bowl, to instead replace it with “The Skill vs. Fact Bowl.” To account for the extra time that was then created, commissioner Roger Goodell granted each team the remaining eight weeks of the NFL season to practice, build chemistry, and prepare for the big game.

For there to be no excuses as to potential external factors that may contribute to the result of the game, the Las Vegas Raiders offered for the game to take place in their brand new five-billion-dollar stadium. With nearby hotels for both teams to stay at, brand new turf throughout the entire playing field, and an enclosed dome allowing for perfect playing conditions, it was an offer that neither team could turn down. To begin practicing right away, both teams flew into Las Vegas the following day, checked into their assigned hotels on opposite sides of the stadium, and prepared for the biggest game of their lives. In order to ensure both performance and recovery of the players, each team would be assigned to practice once every other day from 2:00 PM until 5:00 PM inside of the stadium. On Team Skills off day, Team Fact would practice, and vice versa. Regardless of whose day it was to practice, the stadium was heavily guarded at each passage of entry in order to prevent scouts from the opposing team from sneaking in, watching plays, and collecting data that could be used to take down the other team on game day.

After countless hours of hard work and determination, week seventeen arrived in less than the blink of an eye, and it was time for the greatest game in the history of the NFL. Marked on the calendars by every sports fan in the world, over thirteen million viewers tuned in on what seemed to be a national holiday of the sports world.

“Welcome and thank you for joining us, as many of you may already know, I’m Al Michaels and beside me is Chris Collinsworth, ready for a great night of football.”

“I’ll tell ya what Al, I have never seen a stadium so packed in my entire lifetime of commentating. These fans are excited, and they’re ready for a great game.”

“I couldn’t have said it any better Chris, it’s been a long eight weeks of waiting, and I think I can speak for everyone when I say that tonight is something special. So before kickoff, let’s send it down to Tracey on the field.”

“Thank you Mike and Chris, if you think it’s loud up there, you wouldn’t even be able to imagine how electric this stadium feels down here on the sidelines. I had an opportunity to speak to both head coaches before the game, and the one thing they both said to have in common was that they’re not nervous. Both guys feel extremely comfortable with the team of players around them and can’t wait to prove what they’re capable of.”

As the national anthem wrapped up, it was time for kickoff. Team Facts won the coin flip, and decided to defer until the second half to receive the ball. As the countdown until kickoff hit zero, Younghoe Koo kicked the ball and away they went. With both rosters playing alongside each other for the first time ever, the entirety of the first half was an evenly fought back and forth battle with not many points put up on the board, as both teams entered halftime with only a touchdown each; tied at seven to seven.

It wasn’t until the second half that players began to knock off the rust and really get their offenses going. With each team adding two more touchdowns and two field goals over the span of the next twenty eight minutes of gameplay, Team Fact and Team Skill entered the two minute warning tied at twenty seven. With Team Fact having the ball at Team Skill’s forty five yard line on third and seven, Andy Reid received news from Next Gen Stats to kick the go ahead field goal early on third down instead of running another play that had a 68% probability of losing yards and getting knocked out of field goal range. Playing it safe, Andy Reid sent out Younghoe Koo to kick the field goal that had a 97% probability of going through. Correct as almost always, Team Skill took a three point lead with only one minute and forty nine seconds to play. Without losing any confidence, Bill Belichick gathered his offense on the sidelines during the commercial break and said one simple message: “go out there and do your thing.”

Kickoff was underway and Cordalle Patterson caught the ball seven yards deep in his own endzone. After picking up a key block and spin moving past two defenders, he somehow managed to bring the ball out to their own forty five yard line, just fifteen yards out of field goal range with a minute and seven seconds to go. Then, out came Kyler Murray and the rest of the offense. With no timeouts remaining, Andy Reid was informed that there was a 57% chance of a pass play to occur, so the best defensive strategy would be to blitz and disrupt the quarterback. As so, Kyler had the ball snapped to him from the shotgun, and dropped back to pass. With the blitz coming from his blindside, he somehow managed to feel the pressure and was able to escape the pocket. While being chased by two defenders, he used his speed and somehow managed to run away and slide down after a gain of seventeen yards. As the clock continued to tick, they had no choice but to spike the ball on first down and stop the clock at seven seconds.

With time for only one play call left, Bill sent out Justin Tucker to hit a fifty five yard field goal and sent the game into overtime. Andy, who was aware of the 96% success probability due to the perfect playing conditions, sent out his field goal unit and prepared for overtime. What he wasn’t aware of, was that Bill snuck Travis Kelce, the league’s best tight end, onto the line of scrimmage. As the ball was snapped, Andy couldn’t believe what he saw, as it was directly snapped to Tucker. With only a 7% success rate, Belichick called for a fake field goal because he knew what his team was capable of. As Justin Tucker waited just long enough for Kelce to break free from the line of scrimmage, he delivered a dart to the heavily guarded Kelce, who made an insane one handed catch, fought off a defender, and dived into the endzone for the game winning touchdown as Team Skill won the greatest game of all time, 34-30.

Amazon’s video provides an insight into how their artificial intelligence enables the National Football League to predict information about play calls. With thousands of live data points being used to calculate real-time insights, Amazon Web Services can provide accurate information.

Looking into the comments made by Joe Judge, head coach of the New York Giants, after yet another loss in the National Football League, provided key insight on the use of artificial intelligence to make play calls. Although analytics may be helpful in deciding certain play calls, by no means is it always the correct approach to follow when trying to win a game.

With hidden talent contained in every player throughout the National Football League it’s often difficult for the bare eye to see the impact that the player has on the game. With the use of artificial intelligence, there are now increased quantitative methods to find the best suitor to fill the position that head coaches are looking for. As these computer visions focus on players, insights are offered for improving team and players.

at Wilkes University. In his free time, he loves watching