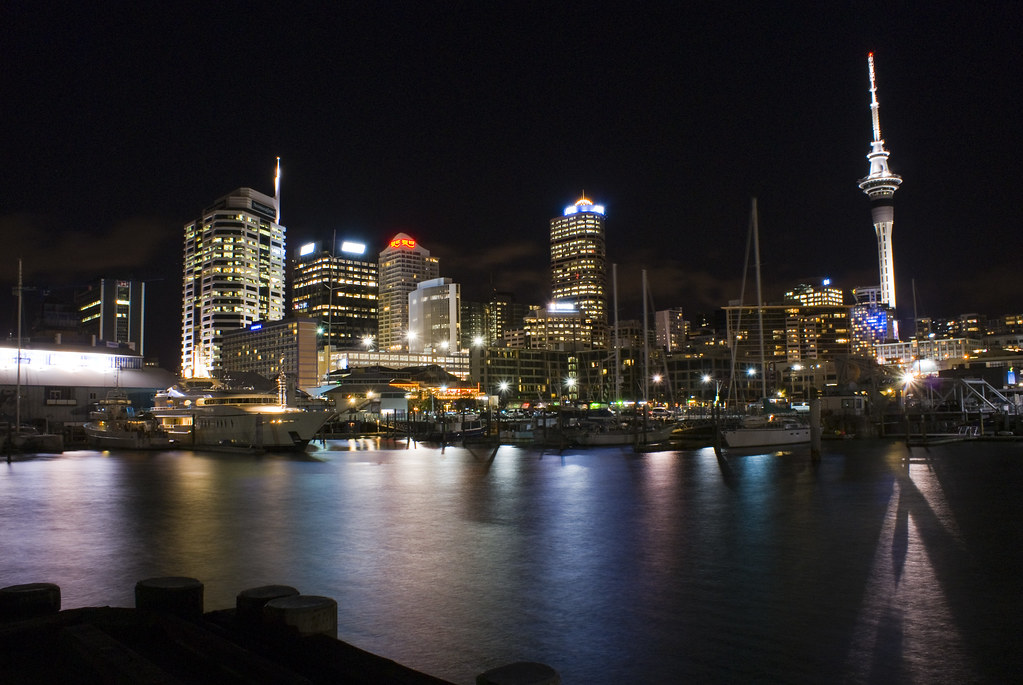 “City Lights” by louistan is licensed under CC BY-SA 2.0

John and Sara Stevens are a couple who live in the city of Porta. This quaint city is located in the North West of the United States. The majority of citizens in Porta are hard-working people, many of whom run their own businesses. The restaurant business in Porta is one of the most prominent types of business seen.

John and Sara Stevens, both of whom got their degrees in computer science and eventually worked in the same company, met while in college. Their company treated them well, the pay was high, and the benefits were exceptional. However, both of them desired something more exciting in their lives. As computer scientists, it was only natural that they wanted to continue working with computers. As problem solvers, they decided to create some sort of new technology that would be both financially beneficial to them and to the city of Porta. After a few days of brainstorming, they came to an agreement. They would create robots, more specifically, robots that could cook, serve people, and clean. The ultimate goal was to create a restaurant fully run by robots.

After almost a year of consistent work, the Stevens thought their robots were finally ready. Having already bought a restaurant space, they knew it would be time to open once they did some minor tweaks. The restaurant was right in the center of the city on Main Street, the busiest street in the entire city of Porta. The building was very expensive, but after many years of saving and knowing their technology would be revolutionary, the couple did not think twice about purchasing. The only work the restaurant needed was some new paint and dining tables. After many months of test runs and tweaks to the technology, they felt robots were ready- well almost. The Stevens wanted to test the robots in their new restaurant as they watched from the back. Family members and coworkers were invited to the restaurant to be the first ones served. At the end of the dinner, the dinner guests were asked to fill out a paper on how the robots could be improved and if they needed any tweaking. To the Stevens’ surprise, no one had any suggestions for improvement; they were ready. This was a huge moment for the Stevens, and they immediately started to advertise their show stopping restaurant.

The next step to becoming the talk of the city was putting together a menu that could be programmed into the robots. All that the Stevens wanted was a simple menu that tasted good. They decided burgers would be the best option for the robots because they were fast to make and the robots performed well when making them.

One month after the invitational dinner was the grand opening of Robo Burger. The line stretched down Main Street for about a quarter of a mile. It was the busiest Porta had been since the Olympics were held there sixty-seven years prior. The Stevens waited anxiously to hear what the customers had to say about Robo Burger.

Finally, the reviews were in. Robo Burger was a huge success, the burgers were fantastic, cooked perfectly, and the service by the robots was excellent. The Stevens felt extremely accomplished that all of the work they had put into the technology paid off. It only took about a week of being open for Robo Burger to make international news. Tourists and celebrities flocked the scene and only added to the major success. With the robots not needing to be paid, the Steven’s were making absurd amounts of money each night of being open. The brand new robot technology put them on covers of magazines and newspapers. Month after month, the reviews stayed consistent and the line to get inside continued to stretch far down Main Street. It only took about four months of being open for the Steven’s to consider opening an additional site in a different city. The city of Joni was larger, higher populated, more industrialized, and packed with the richest individuals. The restaurant space they purchased was two times as big as the Robo Burger in Porta and therefore could serve double the amount of customers. As the Stevens predicted, the second Robo Burger was just as successful and more. However, they were so busy that the Stevens began to feel overwhelmed with such a successful business. They felt they had no more time to themselves and started to look at franchising options. One year after the first Robo Burger opened, the Stevens decided it was time to sell the technology and move onto their next chapter of science. It did not take long for both of them to land new jobs. The Health Department of Porta desperately needed help constructing new technology for health care. Considering this was new territory for the Stevens, they gladly accepted and were eager to have a new purpose in their life. Though they still made considerable income from creating Robo Burger, the Stevens are not the type of people that can sit around and bathe in money they needed purpose and work. This new job opportunity gave them that, and they loved it.

After months of watching Robo Burger grow into an international franchise, the Steven’s felt proud that something they worked so hard on became such a widely renowned thing. It had only been about two and a half years since they first started to create the technology. Though they somewhat missed Robo Burger, this new job gave them a wide sense of purpose as they had already helped to create highly successful medical equipment. Once again, they were in magazines, but this time they were medical magazines.

In the fall, approximately three and a half years since Robo Burger emerged, many people began to grow sick. The symptoms were very similar to food poisoning although it lasted longer and the effects came on stronger. Many people were also being hospitalized with E. Coli and Salmonella. The rate of hospitalizations became so high that many health departments went on high alert. The Health Department of Porta created a specialized team to crack down on the main cause of the illnesses. Both John and Sara Stevens were selected to be a part of this specialized team. Though this was new territory for them both, they were confident in their use of graphing and statistical technology. It did not take long for the Stevens to find common things that each hospitalized person has had, or done prior to becoming ill. The list included owning a furry animal, living with at least one other person, and eating an omnivorous diet. The team designed to crack down on the illnesses was split into smaller groups so each could focus on the shared things between patients. The Stevens were placed into the omnivorous category.

Having had another month of widespread illness, the Stevens were feeling defeated from having no lead. To ease their losses, they decided to visit the Porta Robo Burger and reminisce on the times when they were highly successful. The next morning, both of them awoke with nausea and fever. Finally, it clicked. It must have been Robo Burger making everyone sick. After checking the data they had, it was found that every person in the hospital had eaten hamburger meat. To be sure of their thoughts, they decided to wait a few days until they felt better. Once their symptoms ceased, they immediately went to the hospital and asked the patients what restaurants they had recently eaten at. Over 89% of the patients had eaten at Robo Burger within the past week of them being hospitalized.

The Stevens knew that it was their creation causing widespread illness, but they did not know what to do. They wanted to admit the truth, but they knew their creation would have to cease to exist. Deciding what the morally correct thing to do was difficult and took them about a week. They went back into the original blueprints of the robots and the specific programming they received. The Stevens found that they had forgotten to program the robots to know about expiration dates. This was not a problem when Robo Burger was new and at its peak because there was never any hamburger left in the fridge for over two days with the copious amount of orders to complete. However, as Robo Burger became a little less popular and business slowed down, there was less use a day for hamburger and therefore the meat was able to sit and become expired. The Stevens went to the health department and held a meeting with everything they knew. Though it was their invention on the line, the rest of the staff praised them for doing the right thing and confessing the truth about what they knew.

Though all the Robo Burgers worldwide had to be shut down, the Stevens felt pride in knowing that they did the right thing. Their technology will continue to be studied and developed although not used for a widespread chain. The health department was a good place for the Stevens, they could still develop new technology but in this case, it was with a much larger team and carefully studied before any widespread use.

Shane, Janelle. “The Danger of AI Is Weirder than You Think.” TED,