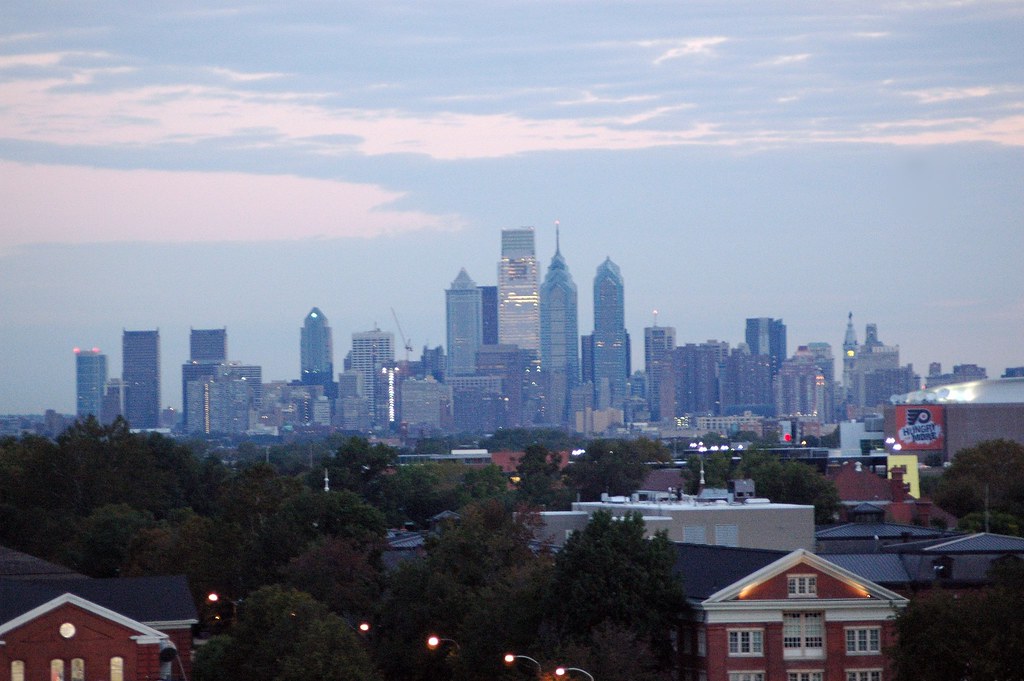 “Philadelphia skyline” by R’lyeh Imaging is licensed under CC BY 2.0

The biggest game of the year was in two days. The Philadelphia Eagles were preparing to play the New England Patriots in Super Bowl LII. Nick Foles, the Philadelphia Eagles quarterback. He was put into the starting role during Week Fourteen, when starting quarterback, Carson Wentz, tore his ACL after having a MVP caliber season. After the injury, every reporter and analyst said the Eagles were done and had no chance of making it to the Super Bowl.  Nick Foles blocked out those reporters and led the Eagles to the NFC Championship, and a trip to the Super Bowl. Foles stepped up into the spotlight and had a 5-1 record after taking over the team. The whole team was firing on all cylinders to get to this point, and they were now only two days from the big game.

Foles was preparing for the game by watching some late-night film. As he studied the film, the had no idea what defense or scheme the Patriots were going to run. They went from man coverage to zone coverage and never used their coverage consistently. As he spent more time watching film, a link popped up for a leak of the Patriots defense going into the game. Foles got nervous about seeing this link because he remembered the Spy Gate from 2007 involving the Patriots. Foles started to feel tired and began to doze off. He woke up with the film still on and the link on the screen still.

Foles arrived at the training facility the next day and got ready for practice. Foles prepared for the game during practice and still had no idea what defense the Patriots were going to be in. Foles talked to his head coach, Doug Pederson, about the link he saw. Pederson told him that it would not be the worst thing to do because the link was probably just a guess at what the Patriots were going to do. After talking with his head coach, he felt more comfortable with possibly watching the film. As the day went on Foles thought more and more about watching the film on the link that came up on his laptop.

When Foles got home, he sat down and relaxed, still contemplating whether to watch the film or not. Later in the night Foles sat down to watch more film. The game was now the next day and Foles had no idea what defense the Patriots were going to be in or how the rest of the Patriots team was going to do. Foles was becoming so frustrated that he decided to check out the link. When he hit the link, he saw the Patriots defense in a different scheme. He also watched the offense and admired how Tom Brady, the New England Patriots quarterback, made almost every right read. As Foles watched more and more film, he started to feel more confident in his ability to read the Patriots defense. It was another late night for Foles, and he began to doze off while watching film.

Foles woke up and he was sitting in his locker. He had no clue how he got to his locker or even how he let his house. As he looked around, he noticed he was the only one in the locker room. He also realized that his football equipment was on. Nick had no idea why he was at the facility or why his gear was on. He walked around the locker room and did not see any of his teammates. He heard noise coming from the tunnel that heads to the field and walked that way to investigate. As he walked through the tunnel, he recognized someone in the tunnel and screamed out their name. His center, Jason Kelce, was standing in the tunnel talking to Doug Pederson. He walked up and asked how he got to the field. They both asked him the same question and wondered how they all got to the field.

Within a couple of minutes, the rest of the team started to arrive in the tunnel. Players like Jay Ajayi, the running back, and Fletcher Cox, the defensive tackle. Everyone asked the same questions. The team was in panic and very confused about the situation at hand. As players started to talk, they all mentioned about how they remember falling asleep while watching the film from the link that they had come up on their laptop. When they established that they all hit that same link, they realized that the link could have pulled them into a virtual world. As panic broke lose, Doug Pederson tried to grab the team’s attention and regain control of his team. They all heard the PA system announce, “Here come the Philadelphia Eagles!” The team slowly jogged out of the tunnel to see what was going on and as they hit the field, they saw the Patriots team warming up. As the Eagles got out of the tunnel, Robert Kraft, the owner of the Patriots, came up to Nick and Doug. He told them that since they tried to cheat and use the link that was giving away the Patriots scheme, they got sucked into a virtual world from the link. Nick and Doug refused that they were cheating and not even thinking about the virtual world. When it finally set in, they freaked out on Kraft, and told him to let them out of the virtual world. Kraft told them if the Eagles beat his artificial intelligence team of robots, they could leave the simulation.

Doug had no idea on what to say back to him. Nick Foles, being a very competitive person, agreed to the game. He rallied the team up and told them the situation. Knowing no other way out of the virtual world, the team was fired up to play. During the first defensive series, the Eagles realized that AI Tom Brady never made the wrong read. He knew exactly what play to run and what pass to throw. The defense did not know how to stop him. The Eagles defensive players realized that AI Brady could read all coverages, so they decided to disguise their coverages until the last second to slow him down. The defense for the Patriots could not pick up the play, but they were very fast in their virtual world. This allowed Nick Foles to keep the Eagles in the game and match AI Brady’s touchdowns.

The first play of the game. AI Tom Brady launched a 50 yard pass down the sideline to the receiver. The ball was thrown in a perfect spot for the receiver to catch. The defense was shocked at the throw and could not believe what just happened. The defense was getting nervous when Brady led his offense down the field and scored within the first five minutes. Nick was just watching as he saw AI Brady score twenty-one points in the first half. At halftime the score was twenty-one to fourteen in favor of the Patriots. The team went into the locker room during halftime to adjust. Doug Pederson went up to his defense ready to stop AI Brady. He realized because Brady was AI, he could predict things like catch probability and where to throw the ball to hit the receiver in the best spot for them to catch it. The defense was still wondering how that information was going to help when Doug walked away. Doug stormed back towards the defense and had an idea. He knew that with catch probability, the percentage is always higher against a single defensive back. To counter that, they would play two safeties over the top to prevent the long ball being thrown.

As the game went on the score was always changing. The Eagles would take the lead and then the Patriots would go up. In the fourth quarter the Patriots were up twenty-one points, and the Eagles were getting nervous. They were scared because if they lost, they would miss the real Super Bowl and be stuck in this virtual world. Nick took the team under his wing and lead them back to make it a six-point game. The game was coming down to the wire and the Eagles had the ball on the Patriots one yard line. It was fourth and goal and the Eagles were losing. Nick Foles went to the sideline and told Doug he wanted to run Philly Philly. It was a direct snap to the running back, who would toss it to the tight end and then roll out and throw the pass to the quarterback in the endzone. The Patriots had no idea what was coming, and the play worked. The Eagles were now winning. The Eagles buckled down and did not give up another touchdown. As the clock ran out, Nick celebrated with his team. The Eagles just beat an AI Patriots team and used their famous trick play. The Eagles jumped for joy on the sideline.

As Foles hugged his teammates, all he could hear was an alarm clock. When he heard his wife call his name, he woke up. He could believe what just happened. His wife was shaking him telling Nick he was going to be late for the game. As Nick finally woke up from his dream he told his wife, he knew exactly how to win this game.

Play by play account of the game. Gave the scores changes and important plays. Had every play in the game and gave time when the score changed. Gave me all the information that I needed for my paper.

This source went into detail on the “Philly Special”. Gave a very descriptive account of the play. Was a good source because I incorporated it into my paper. Had a lot of good information to add to my paper.