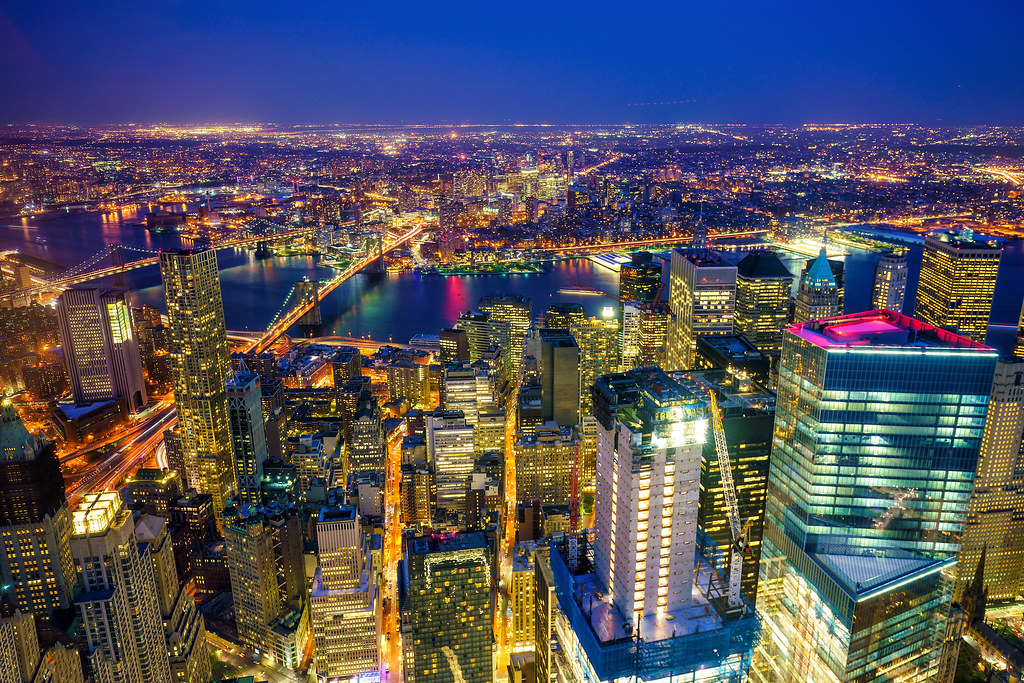 The rise of driverless cars is a controversial topic and has brought up many fears. Many associate driverless cars with malfunctioning technology that can cause accidents. Many people are still reluctant today to put their lives in the hands of technology. There are three primary ways in which AVs are being introduced around the world: (1) the implementation of autonomous forms of public transport (e.g., trains and buses), (2) ride-share companies are developing autonomous fleets, and (3) individuals are purchasing personal vehicles with autonomous features (e.g., lane keeping systems, adaptive cruise control, parking assistance, automatic braking while skidding, and blind spot and collision warning systems” (Pettigrew). With this new technology evolving, it is inevitable that these cars will start to play a big part in the future. Some people see driverless cars as an ethical issue. Could a machine have the same morals as us? Could the technology have the capability of stopping when humans or animals cross the road? But with advancements being made to these cars, and if these cars are given a set of rules and these rules are incorporated in the technology, driverless cars can be just as safe if not safer than a human driving a car. Companies like Tesla aren’t completely considered driverless cars, because they still hold the drivers accountable for accidents and expect the driver to be attentive to the road. “Some major car manufacturers have recently promised that when the fully self-driving cars that they are developing are ready to go on the market, they will take full responsibility for any crashes that may occur. This indicates that that they expect their self-driving cars to be very safe” (Nyholm). Therefore, people should not be so reluctant to try these cars with companies having this much confidence in their products. Putting the common fears aside of these autonomic cars, driverless cars can benefit our society by reducing accidents, allowing everyone an equal chance to drive, and being fuel efficient benefiting our environment, and can overall save people travel time.

The first reason driverless cars can benefit us is the elimination of car accidents. Many accidents that occur are from drunk drivers, distracted driving, or simply just a lack of driving skills. “The National Highway Traffic Safety Administration found that 93% of crashes between 2005-2007 were human-caused” (Shaheen). Although we have Uber and taxi’s, people still tend to make the poor choice of getting behind the wheel impaired. “Computers don’t drive while impaired by alcohol and can process larger amounts of information to make decisions quicker than humans” (Teoh). If people can get to their destination safely with no additional cost, in their own car, having their car make safer decisions than themselves, accidents would be reduced. These cars can do everything a human does but just eliminate some human error that is common in car accidents. “Autonomous cars will, once started up, operate without human intervention, utilizing computerized systems to detect and collect information about the environment, identify paths and hazards, as well as control functions such as acceleration and steering, to navigate the vehicle accordingly” (Hulse). These are the normal operations a human has to perform to drive a car, so if driverless cars can do the same with more advancements it is worth giving these cars a chance.  “According to the Insurance Institute for Highway Safety, nearly a third of crashes and fatalities could be prevented if all vehicles had forward collision and lane- departure warning, side view (blind spot) assist, and adaptive headlights” (X Anderson). “If automated vehicles could eliminate all human causes of crashes, accident rates could fall by 80-90%” (Shaheen).

The second benefit of driverless cars would be the accessibility for everyone to drive.  The skill of driving is an inconvenience to some such as the elderly and physically disabled. “The most direct benefit is the potential for ADS (automated driving systems) to support, enhance, and replace the driving duties of (older) drivers. Many ADAS are already helping the older drivers, and the trend of increasing automation will do more so” (Ching-Yao- Chan). Many people miss out on the ability to drive, being that it is a physical task as well as cognitive. The elderly may start to lack the physical and mental requirements needed to drive as they age. To avoid taking this freedom away from them, it would be a big benefit for them to own driverless cars. If they owned these cars and did not have to rely on other means of transportation, they could get to their destinations more easily, with no additional cost, and safely. “For the aging population, the change in their lifestyles can mean that they will be less dependent on others with a degree of the freedom that is impossible today” (Ching-Yao-Chan).  It is also worth mentioning that these cars would even allow teenagers to get places without them having to get behind the wheel completely inexperienced. “Autonomous vehicles will increase mobility for these populations, which may increase their social interaction, health, job opportunities, and happiness” (X Anderson). Everyone should have an equal opportunity to take advantage of driving or owning their own cars to get places and these autonomic cars allow it.

The third benefit is that driverless cars would be fuel efficient, reducing carbon dioxide emissions, thus benefiting our environment. The driverless car company, Tesla, uses a battery charge instead of gasoline. If autonomic cars are not using fuels, this can start to improve one of scientists’ biggest concerns, air pollution. “Researchers estimate that AVs could reduce energy use up to ~80 % from platooning, efficient traffic flow and parking, safety-induced light-weighting, and automated ridesharing” (Shaheen). Today, one of scientist’s biggest concerns about our planet is the rise of fuel emissions impacting our environment past a point of no return. “If crashes become exceedingly rare, it may be possible to make lighter automobiles and reduce fuel use” (X Anderson). On top of the fuel emissions harming our environment, these harmful emissions also cause many respiratory illnesses where traffic congestion is common such as urban areas. “The impacts on human health would lie primarily in reduced accidents though if automated vehicles enable greater use of battery electric vehicles or hydrogen fuel cell vehicles, improvements in air quality would also be significant, because these technologies emit no ozone- forming precursors or particulate matter than can cause respiratory disease” (Shaheen).  Pollution is one of the biggest concerns in our world right now and these autonomic cars can be a big step to improve our environment.

The last benefit would be that driverless cars can help save overall travel time. When we are driving to wherever we need to be, we waste a lot of time sitting in traffic, at stop lights, or just by the travel time to get places. A recent study showed, “Time consumption was among one of the most important subjective stressors for commuters driving on a daily basis. Hence, an important benefit of having the opportunity to ride autonomously for commuters might be that they can compensate time consumption by using the time in a more efficient or pleasurable way” (Steck). With our attention that is always supposed to be on the road, driving takes a lot of time away from our day that could be spent doing something else. If we had a car that can take us places, then we can get things done while trying to go places, whether it be work or leisure activity. “With driverless cars commuting on their own, the commuter will have a lot of free time on his/her hand to dedicate to productive outcomes, most notably on longer trips” (Kaur). People may still have the fear of doing other activities while on the road, but these driverless cars have high-level automations that makes it completely hands off. “The range of activities that can be performed however depends on the degree of automation in the car. A level 4 and 5 achieves the degree of independence from driving tasks that allows drivers to completely dedicate their attention to alternative activities” (Steck).  This high level-automation also allows for ridesharing. “Ridesharing, also known as carpooling and vanpooling, in its traditional form involves travelers that share a vehicle for trip making from a common origin, destination or both, and reducing the number of vehicles on the road” (Shaheen). This can save time allowing passengers to perform other tasks and it reduces the number of cars on the road, benefitting our environment. “One of the most notable effects of roundtrip carsharing is reduced vehicle ownership. Each carsharing vehicle removes 9 to 13 vehicles (postponed and sold) from the road” (Shaheen). With autonomic cars, less time would be wasted traveling and more would be getting accomplished while getting to the destination.

In conclusion, many of the worries people have about this technology can be overridden by the possible benefits. People are not yet accepting of having a computer take on such a big task and do not find these cars trustworthy. Although accidents have happened with Tesla’s, those cannot be considered complete driverless cars when the company still expects drivers to take control of the car when needed. With technology advancing and more research being done in car companies, they are improving the reliability of these cars. Companies are now holding themselves fully reliable if an accident were to happen. The increased confidence these companies now have should increase ours as well. The main issue with cars is the accidents and fatalities. But the most important benefit of driverless cars is to reduce accident rates and that is worth giving these cars a chance in our society. Other than reducing accidents and fatality rates it could give everyone an equal chance to get places in their own cars. Driving is a privilege, and some don’t get that privilege with certain situations they are in that they can’t help. It is only fair for everybody to get the freedom to go out and go places on their own. And one of the biggest concerns in science today globally is pollution. Driverless cars can reduce harmful emissions into the environment which can drastically start to improve our environment. Every time a new technology comes out, people at first are wary of it. People are reluctant on trying new things, but if these cars are given a chance by people, then society might start to see all the benefits this car has to offer and make the switch. With car companies now having as much confidence in the safety of these vehicles by taking reliability if something were to malfunction, the worries of these cars should start to be overlooked by the possible benefits and how this can positively impact our future.

Pettigrew, Simone, et al. “The Potential Implications of Autonomous Vehicles in and around the Workplace.” International Journal of Environmental Research and Public Health, MDPI, 30 Aug. 2018, www.ncbi.nlm.nih.gov/pmc/articles/PMC6164975/#B16-ijerph-15-01876.