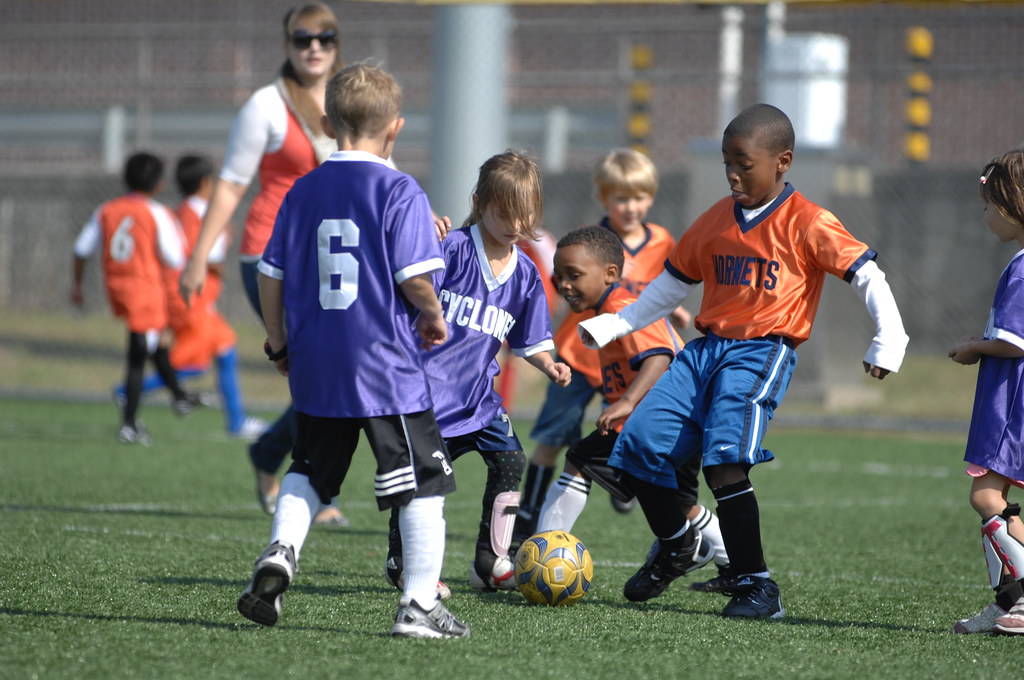 Sports injuries make up a large portion of overall injuries annually. Depending on the sport, most injuries have a neurological aspect, as they impact the head. According to a study from the Center for Injury Biomechanics at Virginia Tech, there are 3.8 million sports-related concussions per year in the United States alone (Rowson and Duma). Soccer lacks protective headgear against concussion. Football has headgear, but further advances may help prevent repetitive injury that could lead to a more serious condition. Head injuries are common in hockey, and there is not much change in the hockey world to prevent it. An ever-evolving sports world requires certain advances, and technological advances happen to be one of them.

Sports are widely promoted amongst youth. The rates of high school players have expanded largely in the past few decades, with 4 million registered in 1971 to 7.2 million in 2005 (Sports-Related Injuries Among High School Athletes – United States, 2005-06 School Year). Sports help promote a healthy lifestyle, which is essential for young people. Though a healthy lifestyle is great, sports place youth at a higher risk for injury. According to a study conducted at a children’s hospital in Ohio, high school sports record a rate of 2.4 injuries per 1,000 athlete exposures overall, which could include practices or games. The study also found that girls’ soccer had a rate of 2.36 injuries per 1,000 athletes overall, with boys’ soccer at 2.43. Football had the highest injury rate at 4.36. (Sports-Related Injuries Among High School Athletes –United States, 2005-06 School Year). To prevent such high injury rates, technological advances have been approved in the past couple of years.

Soccer is a common sport amongst youth players around the world. It is suggested that there are 265 million registered soccer players in the world (Putukian et.al 2019). Unfortunately, lots of injuries lie within the sport. Players are often susceptible to injury due to a lack of defensive shielding gear other than shin guards. Developing youth are even more susceptible to head-related injuries like concussions. Whether this be due to a lack of knowledge on how to properly play the ball or another feature is heavily disputed. Nevertheless, concussions are a serious issue in the sport that have yet to garner massive change within the league.

As concussions continue to be a rampant issue in the sport, technology is on the rise to help combat it. Both biomechanical sensors and spotters have been tested during play. Sensors were determined to be a poor predictor when placed on helmets. They were also found to be difficult to detect concussions, as there was not one distinct marker to look for. Spotters, on the other hand, marked the introduction of a human-based technology. Spotters are hired workers that are assigned to view sports games in full. Spotters sit and review film from the game in real time to detect injury. A spotter looks for any contact that may be suspicious for concussion. Since concussions can sometimes go undetected, spotters can look further into collisions that players may have walked off from and analyze if they may have been harmful to the player. Spotter technology was used at a wide scale for the first time in the 2018 FIFA World Cup in Russia. Though the technology is effective at detecting possible concussion injury, it is expensive (Putukian et.al 2019). Spotters are hired at a cost to the team, and may only be plausible for popular teams. Small, recreational teams may not have access to the same funds to hire a spotter for games that more professional teams may have.

Aside from technology, standardized tests have been approved for use in detecting concussion. After a hit, trainers may use a SCAT5 or Child SCAT5 test to determine whether or not a player has a concussion. These tests use a Glasgow Coma Scale along with red flag signs to determine possible concussion. These include loss of consciousness and severe headache (Putukian et.al 2019).

A new ground for concussion technology is headbands. Headbands are used in soccer to provide protection to the player wearing it. Companies like Unequal sell such products. In a concussive play, some object like a ball or person will make contact with the head. That contact will direct energy toward the head, causing the concussion. Unequal’s headbands claim to redirect the energy outward, dispersing energy away from the head instead of directly at it. Though Unequal’s headbands do not have widespread use in leagues, they have garnered attention from Forbes, Esquire, ESPN, and even Virginia Tech (Unequal). These headbands provide security to the player in a sport with no other protective headwear.

Football is an American sport that can be played from youth all of the way to professional leagues. There are over 12 million football players in the United States alone (New Technology Identifies Severe Brain Injuries in Football). Though the sport is watched by millions, it comes with many concerns regarding the players’ health. Football players are susceptible to a number of major neurological injuries, from minor concussions to CTE. Regardless of the severity of the injury, it is imperative to the players’ health that the injury be detected as soon as possible before degrading to something much worse. Zackery Lystedt, a 13-year-old football player, sustained a severe head injury after suffering a mid-game concussion that was not diagnosed accurately. The Zackery Lystedt law set rules in Washington State to introduce guidelines regarding the identification of traumatic brain injuries in sports. Though laws were passed to create rule regarding traumatic brain injury detection, rules can only go so far (Harvey 2013). Certain technologies have been introduced to leagues to improve the detection of injury. With new technology, the players can rely on someone other than themselves to determine whether or not they can continue play.

Chronic traumatic encephalopathy, or CTE, is a neurodegenerative syndrome widely found in retired football players. At this current moment, CTE can only be detected in the autopsies of former football players. According to Asplund and Best, signs of CTE include “localized brain atrophy and deposition of Tau protein and neurofibrillary tangles in the cerebral cortex, basal ganglia, or brainstem in a distinctive pattern unlike that of Alzheimer’s disease or other neurological diseases”. Symptoms of CTE include memory problems, depression, poor impulse control, anger, apathy, and impaired motor behaviors (Asplund and Best 1). CTE is believed to be a result of repeated mild traumatic brain injury. Studies also showed that CTE had no genetic link, but a seemingly direct link to concussive injuries (Asplund and Best 1).

Technological advances have been pursued to adapt to the onslaught of injuries. One company has begun research into high-tech helmets. Simbex, a product development company from New Hampshire, has developed a helmet capable of detecting the severity of various types of blows to the head. The helmet includes six spring-loaded accelerometers placed in specific areas of the helmet. When involved in impact, the accelerometers record data and send it to a web-based sideline computer. The data recorded includes location of the hit, magnitude of force, and overall length of the hit (New Technology Identifies Severe Brain Injuries in Football Players). The helmet is still in the research phases and is being researched in players at the University of Illinois and Unity High School, Tolono, III. For the study, each player was given a neurocognitive exam before the season began to get a baseline control for each player. If their helmet detects a hit, the computer will receive that information and the athletic trainer will review it. The player will not be allowed to return to play until they have at least returned to their baseline neurocognitive ability, as previously determined. The goal for the study, as conducted by University of Illinois professor Steven Broglio, is to study the impact that head injury has on the developing mind in young athletes. Broglio hopes to determine parts of the helmet where impact occurs the most and use that data to determine which areas need the most protection (New Technology Identifies Severe Brain Injuries in Football Players).

Hockey is a sport that is still seeing a rise in participation, unlike many other youth sports. Like other sports, hockey includes certain regulations to maintain safety of their youth players. For example, players under the age of 13 are not permitted to body check other players. Body checking is linked to 45-86% of injuries in youth ice hockey (Pilotti-Riley et.al. 2019). Most concern for injury in hockey involves head impact and brain injury.

Hits to the head are not banned by the National Hockey League rule book – only hits below the knees. Concussions are too frequent an injury in hockey to not have some sort of protection against them in the rulebooks. It has proven difficult to pass restrictive rule against deliberate hits to the head, let alone unintentional hits. At the time of the writing in 2007, the National Hockey League had yet to ban hits to the head. Other leagues like the Ontario Hockey League have successfully passed rules against it, though. The rule institutes a penalty to a player who “checks an opponent to the head area in any manner” (Warner 2007). Since the rule has been passed in that respective league, the penalty is called less than once every three games. Hits to the head, if extensive enough, can lead to substantial effects for professional players. The Buffalo Sabres were forced to bench three players for a combined total of 142 games, each injury due to concussion (Warner).

There are few studied technological advances in hockey, mostly due to the difference in locomotion compared to other sports. In sports like football, sensors rely on the motion of running to detect when heavy impact has been made with the player. In hockey, players wear skates, which entirely changes the overall locomotion of the player. Due to this, it has proven difficult to create headgear-based technology. It is, however, possible to create full-body impact technology. Zephyr created the Bio Harness for impact-based research. The harness uses an impact identification algorithm to determine the force and occurrence of certain impacts. The accelerometer sensors were placed at the trunk of a player, where the sensors would send viable information through ACCEL files downloaded onto an Omnisense application on a Dell D600 laptop. Game video analysis was also performed to ensure the sensors were correctly detecting high-impact plays. After a study conducted on the players of the USA Hockey National Team Development Program, the results concluded that the Zephyr sensor proved to be relatively reliable in detecting high-impact plays. 85.5% of impacts were confirmed true player-incurred impacts, with 14.3% being detected as incorrect detections and only 0.2% returning false positives (Pilotti-Riley et.al. 2019).

Sports should continue to be promoted to youth to help promote a healthy lifestyle. Though this is a positive attribute, sports can also lead to drastic head injuries, with potential to cause traumatic brain injury. Each sport has adapted certain technological advances to detect and prevent certain head injuries. In soccer, headbands can be worn to divert the energy of a soccer ball to prevent concussion. In football, helmets containing sensors can help detect the locations of the head that receive the most impact and can then help researchers determine where to place the most protective padding. Hockey players can wear a harness to determine whether a hit they took was high-impact. An ever-evolving sports world requires certain advances, and technological advances happen to be one of them.