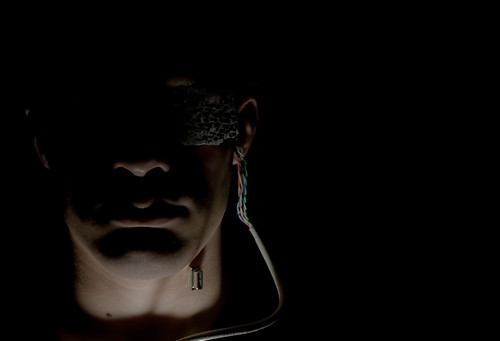 Charlie Grover is a 12-year-old boy from Greenfield, Ohio. He is an only child and lives with his parents in a nice two-story house. At school, whenever he has free time, you could find him in the library reading any book that deals with science.

In the summer of 2016, Charlie and his parents pull into their driveway after a long day at the waterpark. Charlie had fallen asleep and his dad decides to carry him into the house. While Charlie’s dad is getting him from the back seat, his mom opens the trunk and gets all the bags, towels, and pool noodles. While walking up the porch steps, the mom cannot see where she is stepping and trips. She stubs her toe and lets out a little yelp. The commotion of Charlie’s mom screeching and all of the stuff falling to the ground wakes Charlie up while he is in his dad’s arm. His dad puts Charlie down and they both make sure his mom is okay. She seems ok but there is a little blood coming from her toe and dripping on her sandals. Charlie’s dad helps his mom while he picks everything up.

Once Charlie puts everything away, it is time for him to go brush his teeth and get ready for bed. He walks up to the bathroom as his parents are coming out. He notices his mom with a bandage on her toe and holding her pair of sandals, one of them with dried blood on them. Charlie tells his mom that she forgot to clean her sandals and she proceeds to tell him that she couldn’t get the blood off and is just going to throw them out. Charlie brushes his teeth and walks out of the bathroom. He goes towards the kitchen but stops right around the corner because he heard his parents talking frantically yet quietly. He couldn’t make out much of what they were saying but he heard his father say that there was a problem and they needed to fix it immediately. Charlie’s mom yelled for him and he waited about five seconds until he appeared around the corner so his parents wouldn’t know he was spying on them.

Once Charlie and his parents reached the top of the stairs, his dad told Charlie that he loved him and goodnight. He then walked into the office and told Charlie’s mom to meet him in there when she was done. He wasn’t allowed in the office but was always curious as to what was inside. Charlie’s mom hugged him real tight and said she loved him so much. Charlie tells him mom he had fun at the waterpark and wants to spend tomorrow swimming in their pool. Charlie’s mom agrees and says she can’t wait to use her new raft she ordered online. They say goodnight to each other, and Charlie watches as his mom walks into the dad’s office. Charlie then walks into his room and turns on his tv. Still exhausted from the waterpark, Charlie falls asleep almost instantly.

Charlie was woken up multiple times by loud bangs but is pretty it was just the wind outside. He even thought that he heard screaming at one point, but he told himself it was just the tv or he was simply dreaming. In the morning, he walks into the kitchen and sees his mom making pancakes. His dad is sitting at the table reading the newspaper with a full plate on pancakes in front of him. He says good morning and walks over to the table. Both of his parents say good morning as he sits down.

His mother brings over a plate of pancakes and places it down in front of Charlie. Charlie grabs his fork so fast that ends up dropping it on the floor, right next to where is mother is standing. As he picks it up, he notices his mother no longer has a band-aid on her toe. He doesn’t even see a cut where she hit her toe on the step. He looks at her other foot and doesn’t see anything as well. After he takes a bite, he asks his mom what happened to her cut. His mom asks what he means, and Charlie explains the story. His mom tells Charlie that he must be mistaken and that she doesn’t know what he is talking about. Charlie then asks if his parents heard the wind last night and they both said no. This confuses him because he doesn’t understand how he would hear it, but his parents wouldn’t. He finishes his breakfast and runs up to his room to change into his swimsuit.

Charlie comes back downstairs, walks back into the kitchen and asks his mom when she will be ready to go swimming. She tells Charlie she doesn’t want to swim. He asks why and she just says she does not want to swim. He decides to not let this ruin his fun and runs outside to his backyard. He blows up the new raft and jumps into the pool.

While lying in the pool, Charlie began to think. He thought about how weird his parents were this morning. They were quieter than usual he thought to himself. Maybe something is bothering them. The thing that bothered Charlie the most was his mom’s cut. Charlie could have sworn she cut her toe last night. It just felt all too real. That’s when Charlie glanced over at the garbage bags sitting behind the house. “The sandal” he screamed as he falls off the raft. He remembered his mom saying she will throw the sandals away and if he found it in the garbage, then it could prove that he was right.

He ran into the house, leaving a trail of water drops. His mom was walking by the kitchen and saw him getting water all over. She yelled at him and told him to go change and wipe up all the water in the house. Charlie changed and ran back to the kitchen. He made sure the coast was clear and rushed over to the garbage can. He opened up the bag the first thing he found was a bunch of uneaten pancakes. He thought this was weird because his parents don’t like wasting food.  He kept digging, on a mission to find the sandal and eventually, he saw it. He pulled it out of the garbage and saw the dried blood on it. Charlie knew he didn’t dream it, and this proves it. On the other hand, this creates a new problem. Why were his parents pretending something so silly like this didn’t happen? He returned all the trash back into the can and headed for the stairs. As Charlie got upstairs, he looked at his dad’s office. He decided it was time to go inside.

Charlie looked around the office with a confused look. It just looked like a normal office to him, except with an attic door. Charlie figured he would already get in big trouble for being in the office, so he had nothing to lose going into the attic as well. He opened up the door and it revealed a narrow staircase. There was a sound coming from the top of the stairs, as well as some sort of light. Charlie walked up the stairs and froze in fear.

There in incubator like boxes, were his parents. They looked as if they were in a deep sleep. There were tubes and wires all over them. One of the wires led to a computer screen with a loading bar on it. It seemed like the wires were transmitting data from his parents’ brains into the computer. On the screen he saw a ton of data and it looked like his parents’ memories. Names of people he recognized and stories he remembered hearing about where flooding through the screen. What he feared most was what was going to happen when the loading was completed. Holding back tears, he tried everything from opening the incubators to breaking the machine, but nothing worked. It appeared that the only way to open them and turn the computer off was with a fingerprint system.

Charlie sat down in between his parents and started to cry. None of this made sense to him. Why was this happening to him? More importantly, if his parents are up here, who has he been with this whole day? That’s when Charlie’s science knowledge kicked in and everything became so clear. Charlie sat there and began piecing everything together. The noises he heard in the middle of the night. His mom’s cut mysteriously disappearing. His parents not eating anything and throwing the food away. His mom not swimming and getting angrier than usual over the water in the house. His parents’ emotionless faces and personalities. Putting all of these clues together, Charlie realized his parents have been replaced by artificial intelligence. This explains why his “mom”, who loves to swim every chance she gets, wouldn’t swim. The AI most likely wasn’t built with the right components. Thinking back to an article he read by the Curbell Incorporation, plastics that can be transformed for underwater use include acetal and nylon.

Charlie knew he had to get help, so he ran for the attic stairs but standing in the way were his “parents”, blocking off the exit. These robots were coming right for him. Charlie ran straight to the back corner and crouched down. While sitting there hopelessly, Charlie remembered a show he watched where an evil computer was defeated by using a self-contradictory statement. This computer lacked out of the box thinking, and basically crashed itself, so Charlie figured it was worth a shot. While his “parents” were only a couple feet away from him Charlie said, “Trust me when I say trust no one”. The AI’s stopped to process what they just heard. It seems as if they were not equipped with the technology to be able to process a statement like that. These robots were basically frozen and crashing, trying to figure out what this meant. If they can’t trust anyone then they can’t trust Charlie when he says to trust no one. Charlie took this time to run over and inspect these AI’s. He remembered a rule he learned from reading a robotics book; always have a way to turn them off. While looking, he saw a circle like shape on the back of their necks. He jumped up and tapped on them with his fingers. Sure enough, these AI’s stopped moving completely and fell to the floor. Charlie then looked at the screen and saw that the bar was near completion. He counted to three and with all his force, snapped one of the AI’s fingers right off. He ran over to the fingerprint scanner and placed the severed finger on it. Charlie was nervous while it was scanning because he wasn’t even sure if this would work. That’s when the red light turned green. The loading bar stopped moving and the incubators opened up.

After the family reunited, his parents decided it was time to tell Charlie the truth. Charlie’s parents were actually scientists who studied artificial intelligence. They were experimenting on these AI’s they had created which perfectly, well almost perfectly, resembled themselves. However, this project had gone sideways when they tried putting emotion into these robots. Last night these robots awakened without being told to do so. Charlie’s parents tried to put them back into the incubators, but the artificial intelligence was too strong. Charlie didn’t know what to say. He was surprised his parents created technology of this kind because there is always the risk of the unforeseen outcomes, according to an article he read by David Roe. One thing he knew for sure was how exciting it was to have scientists as parents.