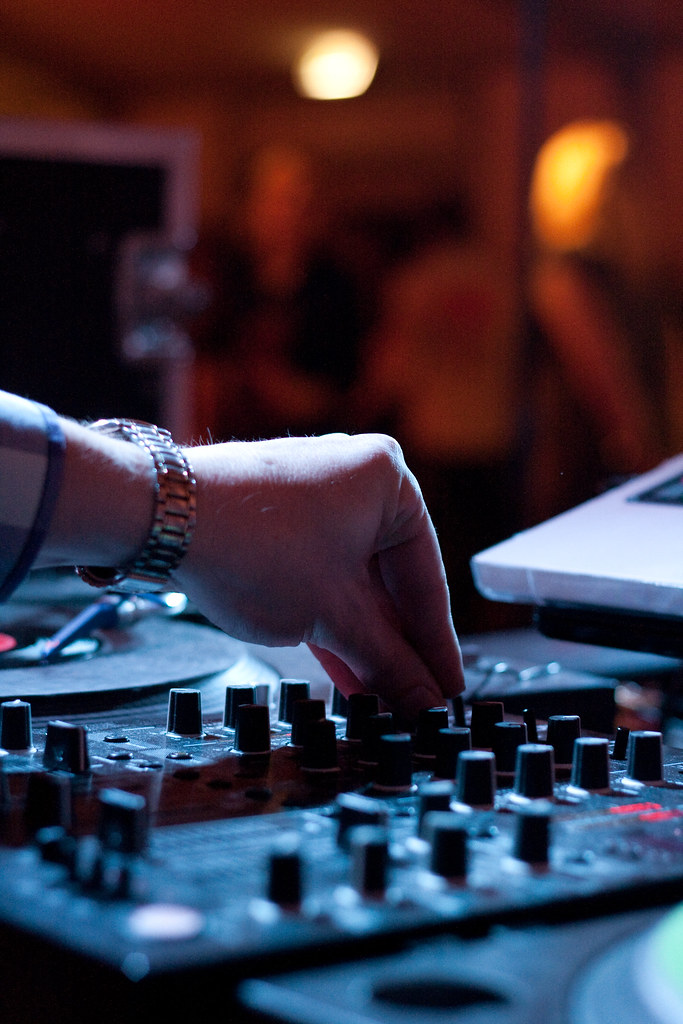 Music is an incredible art form that is constantly changing in a variety of ways. Whether it be the evolution of blues and country to rock and roll, or the advancements in the instruments themselves, the music industry is always finding new ways to stay fresh. One of the more drastic changes that has taken place in music is the technological aspect of it. While this may not be a part of music that the general public is well informed of, it is one of the most impactful and important pieces of the industry. The technological advancements of the music industry have had a long history that have made a lasting impact that will continue to be prevalent in both home and studio environments.

The recording of music has been prevalent ever since the late 19th century. In 1877, Thomas Edison invented the Phonograph. This was a revolutionary invention that forever changed the music industry and paved the way for the future of music (Herzog). While the phonograph may seem obsolete due to the drastic leaps in technology of the modern day, it is clearly an essential piece of where music is today. The phonograph itself inspired engineers to further innovate and create inventions such as the cassette tape all the way up the turntable. The path to modern music recording was not always smooth, however, as studio recording started from very humble beginnings. Originally, sound could not be recorded in bulk by a single phonograph. To get multiple copies of s single recording, multiple phonographs had to be used. One example of this that is well documented is the recording of the American classic “My Country ‘Tis of Thee” by Cappa’s Seventh Regiment Band where they performed the song “surrounded by ten phonographs”(Schmidt 13). While the band had to do many takes to get the song just right, the true unsung hero of the entire operation was recording operator Charles Marshall. Not only did Marshal have to run all ten phonographs simultaneously, he had to signal the band when to start and stop to assure that they had placed the song at the correct pace to fill the recording cylinders, which only had a limited amount of space. If the band had played the song either too fast or too slow, Marshal “inserted fresh cylinders in each of the ten machines and began the entire process again.” While all of this may seem like an incredible undertaking, it was done until the Cappa’s Band got the perfect take, which took three hours and over 300 recording cylinders (Schmidt 13). When looking at this through a modern lens, the degree that musicians and recording professionals went through seems fairly ridiculous and excessive. The process itself seems incredibly extreme overall, but it was the only way that musicians were able to produce their music and get it out into the world. The skill of the professionals that were responsible for recording this music is prevalent and set the standard for the hard work and dedication that it takes to produce music successfully.

Not only were the extreme limitations of recording equipment taxing on the technical side of everything, but it was equally as challenging for the musicians and vocalists. With all new technology, the advancement of equipment presents new problems that continue to plague the working professionals that use it. Although much older and less advanced than modern technology, the phonograph was no different. There were many variables that made it difficult for musicians to get the sounds from their instruments on tape. The phonograph “picked up certain sounds effectively but others hardly at all,” which as one would guess, made recording them painfully difficult. Stringed instruments and the phonograph did not cooperate, as they were faint in sound. The logical fix for this would be to simply place the instruments closer to the phonograph, but since the vocalist was the main priority of the song, the strings were not given that privilege (Schmidt 16). These types of problems arose for most instruments, and similar solutions and workarounds were made. The same could be said for the vocal part of a song. Vocalists were said to have had a “powerful” voice to even be heard by the phonographs (Schmidt 18). If the performers did not have a big, booming voice that could fill a room, however, the singers had to adapt to their conditions. Singers with these weaker voices had to, “adjust playing style, vocal style, and physical movement to accommodate the available technology” (Schmidt 21). With the limited technology of the late 19th century, musicians and vocalists alike had to find new and unique ways to perform, and new methods of recording were in constant development. This shows the hardships and struggles that musicians had to go through, and their perseverance is commendable when viewing it from a modern perspective.

While technological developments in recording were always in full swing, not every attempt was a successful one. Sir Charles A. Parsons, most known for creating the steam turbine, invented the Auxetophone in 1905, which used air pressure to try and make the sound of a recording louder. Supposedly, the sound of the device was said to be able to be heard for a long distance. 500 of these machines were produced in the United States, but technical issues caused the Auxetophone to have a quick exit from relevance (Schmidt 34). Failures to innovate such as this were fairly common in the music industry until the late 1910s when Joseph P. Maxfield and his team of engineers from Bell Labs made major strides in changing the industry as a whole. Using their already developed knowledge and technology of the invention of the telephone, these engineers began to develop electrical recording that included “condenser microphones, vacuum tube amplifiers, electrical filters, [and] loudspeakers” (Schmidt 34). Many of these pieces of technology parallel machines that are still used today. While the concept of taking a more electrical approach to recording was not entirely new, the Bell engineers were possibly the most suited for the challenge of taking a failed idea and making it successful. They strived to create a “‘illusion of the presence of the artist’” by manipulating the acoustics of a room by producing high frequencies and “low bass notes.” Using this electrical theory in their work brought about the development of sound moving from a microphone, through a wire, and to the recorder itself. It also allowed for the ability to adjust and balance the volume of the recording from the recorder (Schmidt 35-36). The more involved use of electricity seems like common sense in hindsight, but back in the early 20th century most people, even professionals, were incredibly naive to the impact that it would make on society, music included. These developments of the use of electricity clearly set a strong foundation and allowed for music production to further evolve. Many of these changes and ideas of innovation would grow along with the common public, as technology like this slowly began to become more accessible.

Phonographs began to become more common in households, and the sales of records began to skyrocket. By 1939 record sales grossed $36 million annually, a number that only rose as more and more record labels began to appear in the 1940s (Schmidt 79). The technical side of recording and the quality of records began to bleed into the mainstream. General audiences “debated the relative merits of pickups, amplification, and needles” (Schmidt 89). A few years prior, talking in even the slightest amount of technical lingo would intimidate even the most dedicated music fan. The change in this is a clear indicator of the changing of the technological tide. The overall increase of interest if the behind-the-scenes aspect of music directly correlates to how important and common these technological advancements were becoming. It only further pushed the innovation and drive to evolve that the music industry already had.

The development of recording and the increasing ease in which it was able to be done introduced an evolution into a better and more efficient way to store the sounds of music. In the late 1940’s music professionals made a leap from recording on coated discs to magnetic tape due to “the ability to edit, erase and reuse tape “. This technology was first used by the German military in World War II (Schmidt 105-106). This newfound technology was inherited quickly by the United States, and was initially used in television studios. Eventually record companies jumped on the bandwagon, but they were hesitant at first to completely embrace tape recording. One large reason for the initial skepticism was due to the various kinks that tape had, such as being able to record only ”about fifteen minutes of recording time per reel of tape” due to the small thirty inches per second transport speed (Schmidt 107). Record labels being slow to fully accept tape recording is definitely understandable, as all new inventions need time to grow and become more ideal for business. In 1949, the prayers of these companies were answered when a new model of tape recorder came out with an effective 15 inches per second transport speed and improved tape quality. Tape had become the “primary recording medium” by most record companies by 1950. Tape would go on to become a mainstay in music recording for years to come (Schmidt 107). This shift is a prime example of how important technology and its evolution is. Developing these easier methods has helped provide a better outlet for recording companies to produce records in a more effective way.

In the modern day, recording music has come a very long way from its origins of an 8-piece band recording a song to ten different photographs. Much of popular music today is developed in a less raw, more stitched together way. Today, many pieces of music” layer tens, hundreds, or even thousands of different sounds together.” A single song goes through countless different recordings, where individual components of a song, whether it be instruments or synthetic production, are each recorded individually and then put together to make a final project (Machover). This method of recording is almost like piecing a big puzzle together, which brings its own set of challenges. In many cases, all of these pieces are put together by a committee of people, sometimes, however, one single engineer will have to take all of these moving parts and make sense out of them. These professionals are, “responsible for every tone, level and effect configuration for all the separate parts” which can likely be incredibly overwhelming (Machover). While this job can be a huge undertaking, there are many new programs that allow this job to be far easier than it has ever been. The introduction of programs such as Pro Tools in 1991 have allowed for musical production to be as easy and accessible as ever and are popular among both professionals and amateur engineers (Herzog). While musical production and technology has undoubtedly become more complex in theory, the application of the skill is more widely available than ever before.