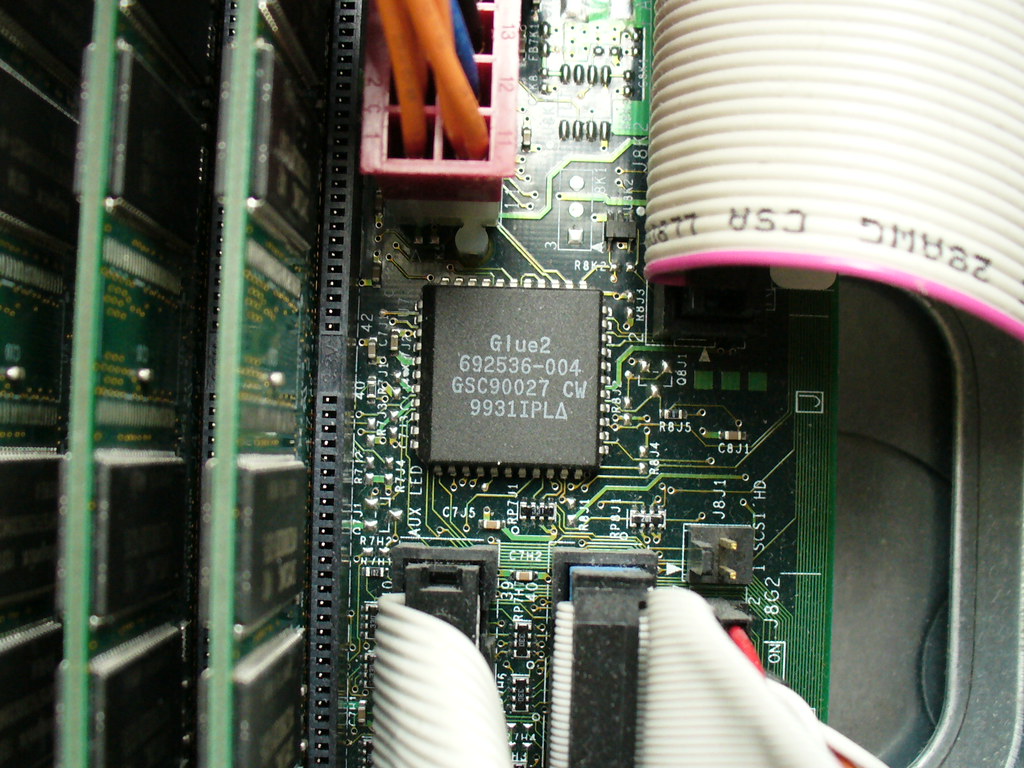 In 2050, there are some new technological advancements.  One of the most impressive inventions is the new self-driving car.  This car is brand new to the market, and there are many people looking forward to potentially purchasing this car.  It is thought to be very bright and bring aid for any person, or family.  That was the whole idea that Joe Johnson thought when he purchased this car

Joe Johnson is the husband of Mary Johnson.  They have two children named Nick and Tommy Johnson.  They reside in the suburbs surrounding New York City.  Joe’s job location is in the city, so he commutes to work every day.  Recently Joe got promoted to be the CEO of his company.  With receiving his new position, he felt that this would be a perfect opportunity for him to buy a new car for his family.  While researching cars, he came across the brand new self-driving car.  Very fascinated by it, he started to research the new invention that just entered the streets.  He found that these cars are programmed so that they know all of the streets, and have sensors surrounding the car so they can notice crosswalks, pedestrians, red lights, etc.  He did not really care for this research, the only thing he could think of is how beneficial it would be for him to be able to do work while commuting to work every day.  He thought to himself, “I need this car.”  A week later, he went to the car dealership, and surprised the family with a brand new self-driving car.

When Joe pulled into their driveway, he started beeping the new horn to try to get Mary, Nick, and Tommy to come outside.  When they heard this unfamiliar beep, they all looked out the nearest window, and noticed that Mr. Johnson was in this very unfamiliar car.  Once they noticed it was him, they walked outside to see what he was doing.

“How do you guys like our new car?” asked Joe.

Mary, looking at the car with no expression, “What made you get that?” .

Nick and Tommy both amazed, said, “This thing is sweet, can I drive it?”

“No, you cannot drive it.  I can’t even drive it, nor can your mother.  This is the brand new self-driving car that just came out.  I got it because of my new job, and I thought that it would be beneficial for me to get this so I can do some work on my commute to work every day.” said Joe.

It was clear that Mary was not sold on this new car.  She had a confused look on her face and she was not excited about this new invention that Joe had decided to invest in.  She thought to herself that she was going to look up some information for herself.  So as the boys were gawking over the new car, she went inside to research on the computer.  She found that for a self-driving car to be produced, the chances needed to be miniscule (.00001 chance of a mistake happening).  Although this number is very small, it surely did not out her at ease.  Mary then started to look into crashes that happened involving self-driving cars.  Mary found an article of a Tesla crashing into a truck that crossed its lane came across her computer.  It showed that the driver of the Tesla had died on impact and the top of the car was ripped apart.  Although the article had left the blame on the truck driver, she felt that this could be enough evidence to get Joe to not want the car.  She confronted Joe once he came into the house, and pleaded to him that she did not like this new car because she just did not feel safe with it.  She brought him directly to the computer where the article was portrayed, and explained to him how she felt about this car.  He did not really pay much attention to her because he was too fascinated with his new investment.  Joe assured her that it would be fine, and just kept repeating that “It is safer than driving myself.”  Mary just decided to walk away from the conversation, and she let Joe go on with his new toy.

After a few months with his car, something weird happened.  Normally, his commute to work was the exact same roads, and nothing changed.  This time, it took an alternative route, and it caused him to be ten minutes late.  Joe was wondering what could have caused this, but he had no clue.  The only thing that he could think of is Nick and Tommy took the car out the previous day.  He immediately called both of them, and yelled at them for “messing up his car.”  Both Nick and Tommy swore that they did not touch anything in the car.  All they did was put in their destination, and went on their way.  Joe did not believe them, but he could not prove that they did it.  The car having a glitch did not run through Joe’s mind at all.  He had the idea that it had to be Nick and Tommy.  It could never be the car’s fault.  He just decided to keep going on with his normal schedule, and went on with his days.

A week later, Mary saw an enticing newspaper article.  It was reported that a car that is the same make and model of Joe’s had hit a pedestrian crossing the crosswalk.  After reading this, she felt like she finally found her way to get rid of the car.  She planned to talk to Joe when he got home from work and force Joe to take it back to the dealership to return it.  Joe knew he was not going to do that.  His way of giving into Mary was he would take it to the dealership, and see if it needed to be reprogrammed.  Mary decided to allow him to do that because she. Felt that they would be able to find some type of mistake.

Later that day, Mary and Joe took the car down to the dealership.  Mary started to talk to the salesman, and asked that the car be looked at after seeing the news.  She was hoping that this would be a recall, hoping for Joe to get a normal car.  After taking the car in the back and looking at it, they assured them that their car was perfectly fine.  The mechanic stated that their car was in perfect running condition, and it is fully safe to be on the roads.  He also went on to talk about how the accident involving the pedestrian was not the car’s fault.  It was just an unfortunate situation where the car was already in the crosswalk, and the pedestrian started to cross.  Therefore, this left Mary very nervous still, and very annoyed.

Upon arriving home, Mary finally revealed to Joe how she felt about this car.  She really did not think that this was safe for their family, and she did not like the idea of a computer taking them safely to a location.  Joe, Nick, and Tommy all felt as though Mary was overreacting about the situation.

“Stop being so lame Mom, this car is awesome!” mentioned Tommy.

“Dad, can you please make sure we keep this car?  This is the coolest thing that I can think of, and none of my friends have one!”  stated Nick.

Joe just sat there laughing with the boys, and talking about how great this car is, and how happy he is that he has it.  Mary was finally just upset that they would not listen to her.  She walked away from them, and went to bed, not saying another word about the car.

Two months pass, and Joe still has his car.  He decided to stop at the grocery store for some things for the house.  When pulling into a parking spot, the car went into the spot too fast, and went over the curb.  Joe was so perplexed by this.  This has never happened before, and this was a much bigger deal than the previous issue of the car taking an alternate route to work.  When returning home, he pulled Nick and Tommy into the basement while their mom was cooking supper.  He told them how the car went over the curb, and how it did cause a little bit of damage from scraping the bottom of the car.  Nick and Tommy started to become a little bit worried.  It was one thing for the car to go a different way, but it was a whole different thing for a car to speed over the curb.  They took a step back from  their stance on this car, they now were worried for their father.  They both told him that they were not going to use the car anymore because they did not feel it was safe, and they started to go more towards their mother’s side.

This did not faze Joe.  He knew that there was nothing wrong with this car, and everyone was just overreacting.  Joe thought that this car had been nothing but great for his family ever since the day he took it home from the car dealership.  It has allowed him to excel at his job as well.  He has made his company become very successful as the CEO, and he believes this has to do with him getting extra time to do his work while commuting to and from work.  “There was nothing wrong with this car, it is one of the best things I’ve ever had” Joe thought.

A week later, Joe got into an accident on his commute to work.  This occurred on his commute home from work, on the main highway.  It was reported that Joe’s car was switching lanes, when the sensors did not pick up that there was a car in the lane that they were trying to enter.  Joe had been badly injured from the accident, resulting in a broken femur.

At the hospital, Mary, Nick, Tommy, and Joe were gathered in Joe’s room.  The three gathered around Joe’s bed, and he knew what they were all thinking, “the car has got to go.”

Joe was so upset by this because he truly did love this car.  With that being said, he knew he did not have a say anymore.  This car had left him laid up in a hospital for the last couple days, and he still had to be here for at least one more.  Now the car was taking him away from work, which was his favorite feature of the car: it would allow him to excel in his work.  He finally told them that once he gets out, he will get rid of the car.

That night, Mary decided to open up her laptop and do a little more research.  Now that the car has been on the market for six months, there has been a total of 400 accidents, fender benders, and even the car driving over the curb in a parking spot that have been reported.  Now that Joe has finally understood what she is talking about, she knows that she does not have to worry anymore.  She just wishes that this information had been provided for her when he had bought the car.

Now that this car is gone, the Johnson family has resorted to the normal form of transportation.  They now have a normal car that Joe will be able to operate once he is healed up from this horrific injury.  Joe finally realized that it is important to hear out your loved ones when they are trying to help out his own well-being.